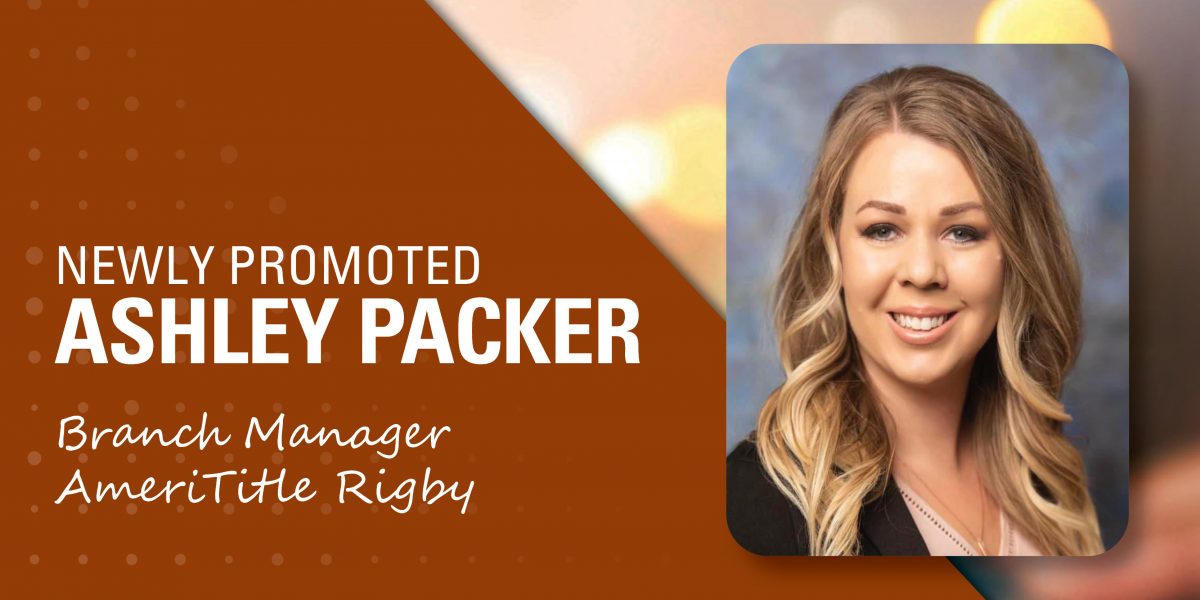 Ashley Packer has been promoted to Branch Manager of AmeriTitle Rigby.  Ashley will continue closing real estate transactions as Escrow Officer, and will now directly manage the AmeriTitle Rigby operation currently consisting of a team of five.  In this new role, Ashley will oversee and lead the Rigby branch, work closely with the AmeriTitle leadership team throughout the State, and will report directly to Vice President & State Escrow Manager, Darci Davis.

Ashley joined the AmeriTitle team in 2015 as an Escrow Assistant in the Idaho Falls branch.  She quickly worked her way into an Escrow Officer role in 2016 and transferred to the Rigby branch, where she has since been providing superior service to Jefferson, Madison, and Fremont county clients.  Ashley lives in Rigby with her husband, Jesse.  Together they have a French Bulldog and two sons, one a junior at Rigby High School, and one currently serving a mission in Asuncion, Paraguay.  Ashley is an avid supporters of Rigby athletics, and can often be found in the bleachers cheering on her son at football or basketball games.  Ashley loves to cook, create her own recipes, and even has a website dedicated to her recipes.  Ashley is excited to expand her role at AmeriTitle and looks forward to leading the Rigby AmeriTitle team while continuing to provide superior service to AmeriTitle clients.

Congratulations and welcome to the AmeriTitle leadership team, Ashley!